Published February 25, 2022
By The Lighthouse

Lighting is one of the most important aspects of your day. Lacking proper lighting can cause poor concentration, tiredness, and overall irritability. So, you should carefully think about which kind of light bulb to install. Whether you plan on installing or changing light bulbs at home or work, it is essential to explore all available options. The most common light bulbs are LED and CFLs. Those with no prior experience on the subject or simply don’t think about which choice would be right for you might want to check out the following article. It seems that choosing LED lighting is a way better choice than going for CFLs. If you want to learn about the benefits of LED light bulbs over CFLs, check out our following article.

Way before LED lights appeared on the market, originally, there were compact fluorescent lamps or, in other words, CFLs. CFLs represent fluorescent lamps that emit lighting from a specific mix of phosphors inside the actual bulb. They were designed to replace incandescent lamps, which is a lamp that produces light from the heat it produces. Unfortunately, CFLs have toxic mercury complicating their disposal like all available fluorescent lamps. In most developed countries, governments have established certain recycling schemes. 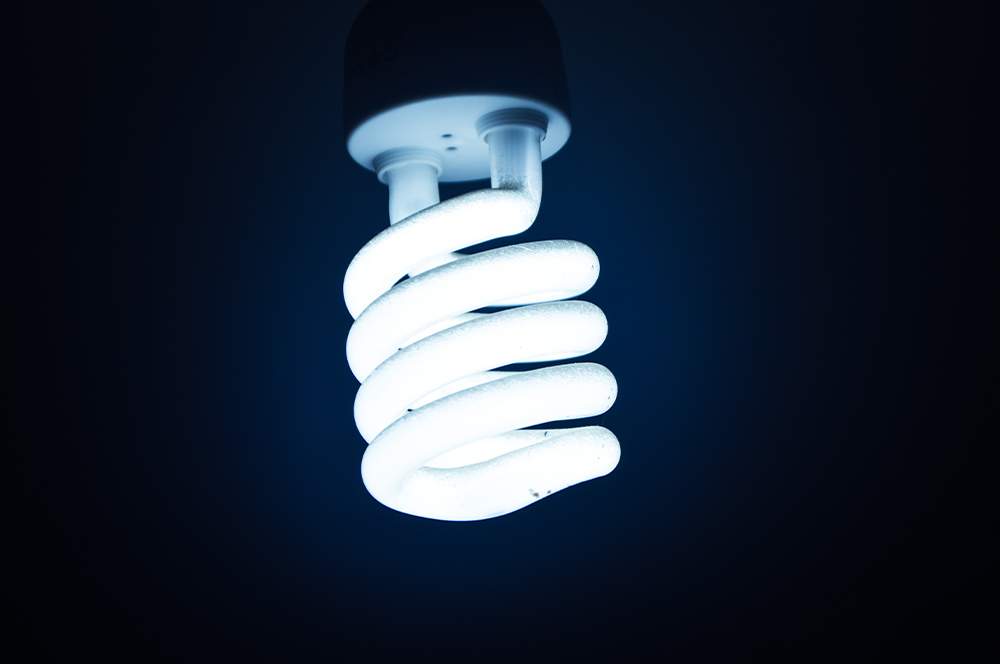 LED or a light-emitting diode is a lamp that emits light in a very thin band of wavelengths. In contrast to CFLs, LED lighting is way more efficient than fluorescent or incandescent light because it emits wider wavelengths. The so-called LEDs produce specific lighting that resembles natural daylight (although not the same). Unlike fluorescent lamps, LEDs come to full expected brightness without any warm-up time. In short, LEDs are a far more efficient choice, as you can see in the text above. However, if you want to learn about concrete reasons why LEDs are a better source of lighting, we’ll list some of the main benefits below.

As mentioned above, efficiency is one of the main, if not the main, reason why going for LEDs is simply a better choice. A watt represents a unit of power that quantifies the exact rate of energy transfer. When talking specifically about light bulbs, this refers to the exact amount of energy or, in this case, electricity the devices use to emit light. On the other hand, a lumen represents the brightness of a light source perceived by the human eye. To put it simply, lumens refer to brightness, while watts refer to electricity.

The matter of efficiency revolves around LEDs shining in superior energy. It requires way fewer watts to generate the same intensity of light, and sometimes even more than CFLs. To help you understand, a 12.5 watt LED light has a lighting output of around 1000 lumens. The efficiency of LED light is 80 lumens per single watt. CFL will need about 20 watts of power mentioned above in order to produce the same level of brightness. Long story short, using LEDs is way more efficient, meaning you’ll have lower electricity bills while reducing your carbon footprint. 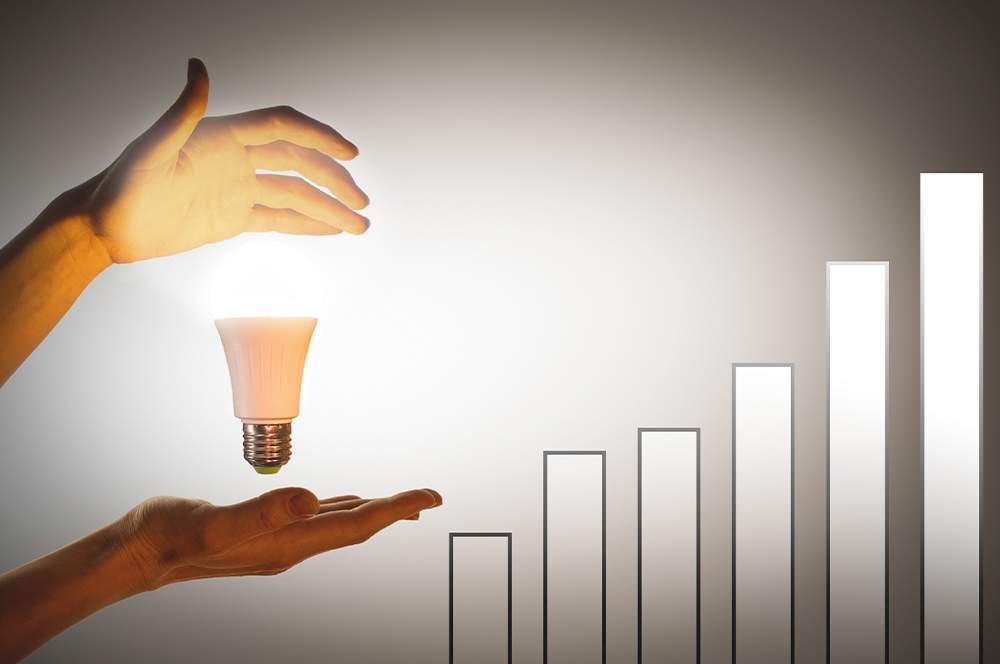 One more of the benefits of LED over CFL is more than superior durability. However, although more durable, the constant on and off switching will surely have a bad impact on the LED’s lifespan. Still, the shortage of the lifespan of the bulb will be way higher with ordinary CFL lightbulbs.

Furthermore, LEDs are better equipped to if needed withstand extreme temperatures, making them perfect for street and outdoor lighting.

Although many manufacturers often claim that their LED bulbs can last even beyond 40000 hours, this probably won’t happen. It’s most likely you’re going to get somewhere between 15000 and 25000 hours which is still way better than CFLs. Besides a longer lifespan, affordability is one more of the benefits of LED lights.

This aspect is very plain, meaning that opting out for LEDs instead of CFLs will cost you less money, especially in the longterm time aspect. Although this doesn’t refer to lighting up your home, if you plan on changing the lighting in your company which is often a spacious place, it won’t be long before you actually feel the difference in the bills.

Additionally, if done correctly, your workers will be way more efficient and energized, since as mentioned before, lighting is one of the crucial aspects of the quality of life. When it comes to installing LEDs in your company or even your home, especially if it is positioned very high, you might want to turn to professionals for help. Although DIY methods work fine if you have no prior experience in installing and adapting lighting, explore all available options, and hire a reliable and experienced company for help. If you book on time, you might even get a discount. 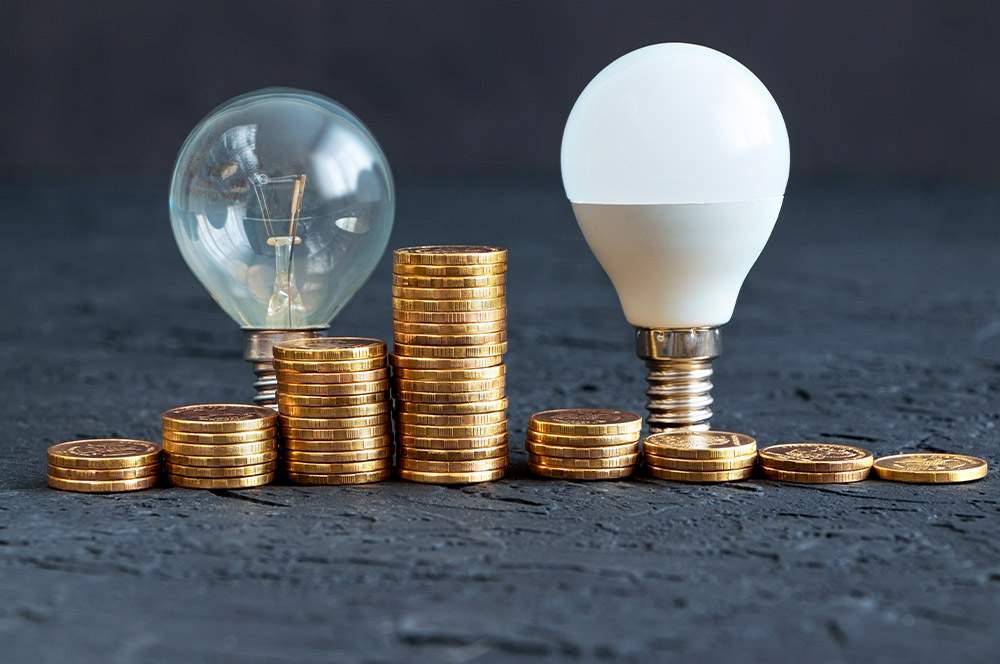 Did you know that LEDs have a reduced impact on human health and the overall environment? LEDs generate very little ultraviolet and little infrared light, both of which, in the long run, can influence the skin and eyes negatively. Generally, LEDs use way less electricity for a given application compared to incandescent and CFLs. It’ll help you reduce your carbon footprint and feel better about your contribution to the perseverance of the planet.

Another major downside of using CFLs, we mentioned earlier, is their severe dependence on toxic materials. Since they contain a small amount of mercury, recycling is very challenging, making CFLs a bad choice if you value keeping our biodiversity in order. Furthermore, if you break a CFL bulb at home, you’ll have small traces of mercury everywhere. It can be very hazardous to small pets and infants.

In the short term, LEDs might be more expensive in the long run. However, in the long run, you will be guaranteed a return of investment if you opt for LED light bulbs through various savings.

We hope you enjoyed our article and found out some useful information on the benefits of LED light bulbs over CFLs. So, head over to your LED Light House and choose LED indoor lighting, outdoor LED lighting, or emergency light for house that fits your needs the best. Don’t miss out on environmentally-friendly LED solutions for outdoor, such as our parking garage canopy LED lighting, LED shoebox lighting supplier, or LED full cutoff wall pack. Contact Light House LED lighting Cincinnati for more info on the latest LED solutions.

At Lighthouse LLC, we’re a lighting company that specializes in indoor and outdoor lighting design, installation, and maintenance for commercial buildings. We’re passionate about installing efficient LED lighting solutions that make spaces functional, comfortable, and visually appealing. We also install smart home automation switches, electric car charging stations and conduct free energy audits for commercial properties. Our service philosophy is rooted in innovation, collaboration, and prioritizing our client’s needs, and we think that makes all the difference. Call and book our lighting installation team today to experience our refined workmanship.